The Eye of the I: from which nothing is hidden by David R Hawkins 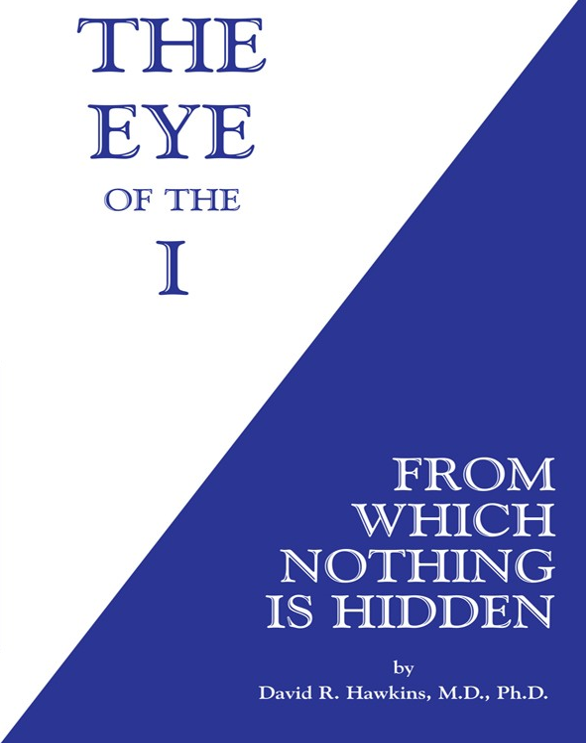 The scope of this work is immense. It includes not only a detailed, subjective report of very advanced states of spiritual consciousness traditionally called enlightenment, but, for the first time, it correlates and recontextualizes spiritual information in such a manner as to make it comprehensible to reason and the intellect.

This correlation between science and spirituality represents a cohesive integration between the linear and the nonlinear dimensions. By “transcending the opposites,” the author resolves the ages-old, seemingly irresolvable conflict and impasse between science and religion, between materiality and spirituality, and between ego and spirit. This resolution then clarifies unresolved mysteries and dilemmas that have been with mankind throughout history. With the expansion of consciousness afforded by this work, questions answer themselves and truth becomes self-evident.

The style of presentation takes the reader back and forth from the linear to the nonlinear domains until, to one’s surprise, the incomprehensible becomes not only comprehensible but also actually obvious.

The calibrated level of consciousness of those who have been exposed to this material has been experimentally documented and has shown considerable elevation and advancement. Power accomplishes without effort what force cannot do for it goes where force cannot follow.

This book is written for both the self and the Self of the reader.

Although the traditional great obstacle to enlightenment called

“transcending the opposites of duality and nonduality” may sound obscure, by the time one has finished the book, this critical awareness is self- resolving.

The material is presented in four main sections:

Because of the multiplicity of groups and presentations, at first glance some of the material in the book seems repetitious. However, it is re- presented deliberately because each time it is presented in a different

context and in a different sequence of questions and answers. Each re- presentation reveals additional subtleties.

Whereas, in 1985, eighty-five percent of the world’s population calibrated below the level of Integrity (200), that has now dropped

significantly to seventy-eight percent. Research indicates that this is due to an overall advance in spiritual awareness.

0 responses on "The Eye of the I: from which nothing is hidden by David R Hawkins"